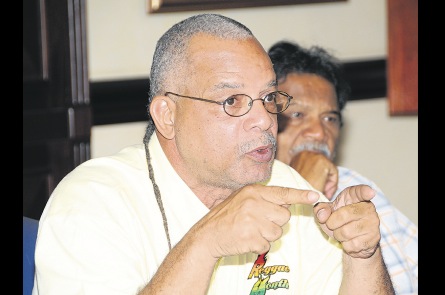 PLANS are well under way for next year’s staging of Reggae Month. A list of activites for next February’s event has been released by Jamaica Reggae Industry Association (JaRIA).

JaRIA’s executive director and vice-chairman Charles Campbell said the awareness is growing both at home and abroad.

“JaRIA and the Jamaican music industry have, over the last five years, taken Reggae Month from a series of events into an international festival that ranks with Sumfest and Jazz and Blues on Jamaica’s cultural calendar,” he told the Jamaica Observer.

The Ministry of Tourism and Entertainment has also teamed up with their promotion of Reggae Month … it’s Kingston.

Campbell said the month-long event is aiding in repositioning Kingston as the cultural mecca of the Caribbean.

He said due to the significant interests from tour operators, festival promoters and booking agents from all over the world, Reggae Month has now become not just a festival but a major industry business forum.

“The month facilitates the booking of artistes for international tours and festivals and has stimulated a resurgence of foreign groups utilising local recording studios,” he said.

For the original report go to http://www.jamaicaobserver.com/entertainment/REGGAE-MONTH-PLANS-UNDER-WAY_15572336