Damian Marley – Is It Worth It? (Gun Man World) 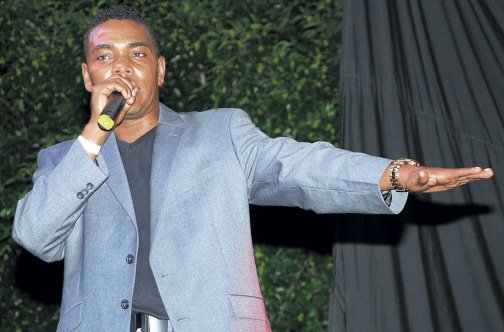 MELLO FM’s morning man Richard ‘Richie B’ Burgess is calling the inclusion of Ron Muschette to the station’s line-up as “formidable”.

This comes after days of speculation as to the destination of Muschette after he quit at IRIE FM just over a weeks ago. He spent 14 years at the reggae radio station.

According to Burgess, he is happy with the decision of his media colleague to join the ranks of the station whose line-up also include radio veteran Barry ‘Barry G’ Gordon.

“I was doing an outside broadcast in Montego Bay during Soul in the Sun in October. I took a photograph with myself, Ron, Barry G and our station Manager Al Robinson and it went viral on the Internet. I interviewed Ron asking him to set his IRIE vibe aside and take on a Mello vibe, not knowing it would be a prophetic statement,” Burgess told Splash.

“My station manager then met with Barry and myself as two veterans on staff and informed us of Ron’s interest in coming to Mello. My words to him were: ‘Run with it, anywhere he goes on the dial is an asset to that organisation.’ It did not matter what time slot he was taking. So I welcome him with open arms. Having Richie B, Ron Muschette and Barry G on one station is a formidable line-up,” he continued.

Yesterday, Muschette used social media to confirm what had been making the rounds since he shocked many with what seemed like a snap resignation from the St Ann-based IRIE FM.

In a teary, emotional video on his blog, Muschette noted that the decision to move away from IRIE came after a lot of thinking.

“Parting doesn’t mean we don’t love each other anymore, but you’ve got to go. It’s time to grow and so I have to move on. Let’s look to the future with optimism. I asked my agent to check out the markets and went searching and found what we think is the best deal,” he explained.

“I’ve signed a new deal with Mello FM… I’m going back home to Montego Bay where it all began. I start on January 5. It’s gonna be a lot of fun… a new beginning from 9:00 am to 1:00 pm in a show called the Perfect Mix with Ron. It will be Ron Muschette magnified,” he added.

In this new slot, Muschette will be sandwiched between Mello’s morning man Richie B, who works the 6:00 am to 9:00 am show and radio veteran Barry G, who is on from 1:00 in the afternoon till 5:00 pm.

According to Muschette, “the giants of radio will be locking the daytime”.

He used the nearly eight-minute-long video to thank everyone who had made his time on IRIE memorable, but did not give a reason for his resignation.

Unconfirmed reports indicate that Muschette and the management of IRIE have been at odds since the untimely passing of the station’s owner Chad Young in February of this year.

Muschette, born Deron Muschette, started his radio career in the 1990s when as a playmaker attached to the entertainment staff at Sandals Montego Bay he was instrumental in the establishment of the resort’s on-property radio station, WSMB. He would them move to the Montego Bay-based Radio WAVES (now Hot 102) before settling in at IRIE, hosting the morning show in a slot previously occupied by Dionne Matthis.