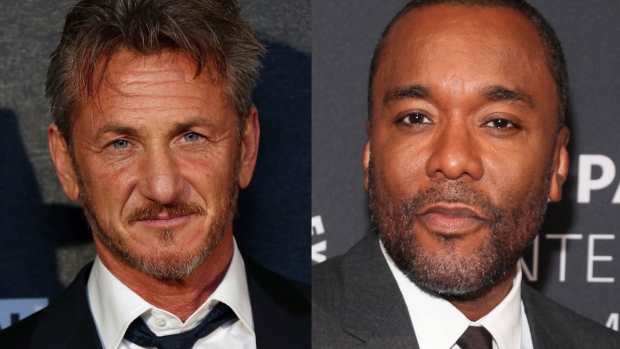 Daniels’ comments appeared online about a week ago in the entertainment publication The Hollywood Reporter in a story about the upcoming season of the popular Fox television show.

“That poor boy (Terrence) ain’t done nothing different than Marlon Brando or Sean Penn, and all of a sudden he’s some … demon,” Daniels said in the article. “That’s a sign of time, of race, of where we are right now in America.”

Penn has won two best actor Oscars, for “Mystic River” and “Milk.” He has made a major humanitarian push in Haiti after it was devastated by an earthquake, co-founding the J/P Haitian Relief Organization.

But he also has a reputation for angry behaviour. In 2010, he pleaded no contest to vandalism after he kicked a celebrity photographer, but the case later was dismissed.

In the 1980s, he was in court in connection with fisticuffs and spitting. He beat a man he thought was trying to kiss Madonna in a nightclub, and he admitted driving recklessly and punching an extra on the set of the movie “Colours.”

“Sean has been the subject of numerous baseless attacks over the years, as the complaint provides, and this is only the most recent example,” he said.

Daniels is the Oscar-nominated filmmaker of “Precious: Based on the Novel ‘Push’ by Sapphire,” ”The Paperboy“ and ”The Butler.“ The new season of ”Empire,“ which he created with Danny Strong, starts Wednesday.

A telephone call to Daniels’ publicist on Tuesday, seeking comment on the lawsuit, wasn’t immediately returned.

Howard has been forced to publicly address domestic violence allegations, including during testimony in a Los Angeles courtroom in August, when he acknowledged he struck his first wife in 2001 but denied abusing another ex-wife, Michelle Ghent.

Howard testified about the 2001 incident in Pennsylvania and said he drove to his ex-wife’s house after an argument and “kicked down the door and smacked her.” He said it was the “only time I’ve struck a woman” when it wasn’t self-defence.

Ghent accused Howard of abusing her on a trip to Costa Rica in 2013 and has a restraining order against him. Howard denied abusing her.

A judge in August overturned a Howard-Ghent divorce settlement that entitled her to a portion of his “Empire” earnings after finding she had coerced him into signing it or facing leaks of embarrassing information about him. In making the finding, the judge said Howard’s claims of self-defence during his fights with Ghent were “not credible.”