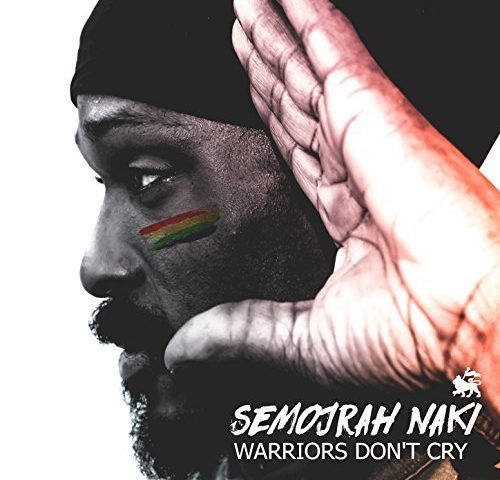 Canada’s award-winning reggae artist, Semojrah Naki, is preparing to release his debut E.P “Warriors Don’t Cry” early next month. Titled after his hit single, the video behind the song has reached 25,000 views and only continues to grow as he pushes out new music.

His E.P features 8 tracks, which focuses on subjects of social consciousness, enlightenment, and youth empowerment. Produced by Isroyal Records, the E.P includes songs such as: “Let Your Light Shine”, “March Out”,“No One Feels Our Pain” and also features a strong collaboration with Reggae’s superstar, Sizzla, titled: “Never Let Us Down”.

“Warriors Don’t Cry” is set to release Friday, March 3rd, 2017, and will be distributed by VPAL Music. (A subsidiary of VP Records that offers independent digital and physical distribution for artists and labels.)

The artist was born under the name: Jefferey Wayne Donald, on August 21, 1976, in Kingston, Jamaica. Semojrah Naki adopted his stage name, which means “enlightened warrior” and he is ready to live up to the title.

Naki’s talents were recognized early when he was noticed by Jermaine McCarthy (Better known as Grant Tur), and Ryan Wilman (Better known as Merciless). After he had written a song for them to hear they quickly became his mentors. Semojrah later developed opportunities to learn from Reggae Veterans like: Michigan, Chaka Demus, and The Cotton Pikkers.

In 1999, he embraced “Emmanuel’s Calling” and became a Rastafarian of the Bobo Shanti order. Through his new faith, he is compelled to project humility, patriotism, Rastafari, and his deeply rooted love for music.

Now in Canada, Semojrah has maintained focus and has a steady foot in the industry. In 2016, he was awarded the 6th annual Peabo award for the “Male Artist of the Year”. Currently Semojrah is working with Isroyal Records and has new E.P, “Warriors Don’t Cry” scheduled to be released March 3rd, 2017.

The energy is definitely real and Semojrah Naki is ready to share his love with the world. Naki chooses to use his gift of song to empower youth to achieve greatness, spirituality, and social consciousness, while highlighting the plight of the poor and less fortunate.