Women Urged to Dispel Misconceptions that Hold them Back

Tertiary Students Urged to Use Critical Thinking to Advance Country 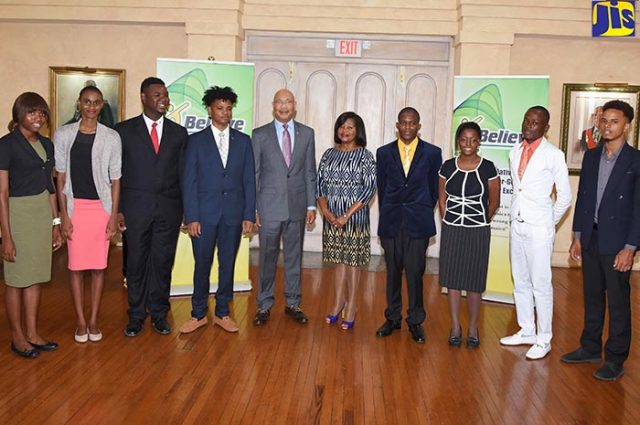 He was speaking at the 2017 I Believe Initiative (IBI) Summer of Service Awards ceremony held today (August 22) at King’s House, in St. Andrew.

Governor-General, His Excellency the Most Hon. Sir Patrick Allen, is urging students to use tertiary training for the advancement of the country, through critical thinking.

He said demands of the workplace include creativity from employees, critical and divergent thinking, self-awareness, and integration of knowledge to tackle various challenges.

“We are expecting that you will integrate your learning with your work experience, and play your part in ensuring that your quest for higher education prepares you to cope with the rapid social challenges at national and global levels,” the Governor-General said.

He was speaking at the 2017 I Believe Initiative (IBI) Summer of Service Awards ceremony held today (August 22) at King’s House, in St. Andrew.

More than $7 million has been disbursed to the 2017 participating students who did eight weeks of voluntary service and are also pursuing degrees at various tertiary institutions. Now in its 5th year, the IBI has provided tuition support to more than 53 students.

“These are ambitious young people who are committed to achieving success in their academic and professional pursuits,” the Governor-General said, adding that they have shown the attitude of future leaders of their country while demonstrating discipline “to make sacrifices, not just for themselves but for the greater good”.

The Governor-General told the gathering, including members of the business community who provided sponsorship for the IBI, academia and family members of the awardees, that the Initiative is part of a “broad vision” to build a heightened sense of purpose and sound values in families and the education system.

The Governor-General charged the eight awardees to make their time at the tertiary institutions a “transformative experience” and return with higher levels of critical thinking, and be able to demonstrate to their communities and country that “you benefited from tertiary education, and it will be seen in your conduct”.