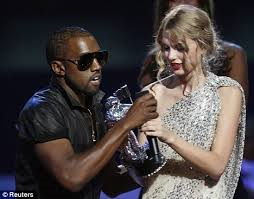 In 2009, the MTV Video Awards began on a more sombre note with Madonna introducing a poignant, tender tribute to the late Michael Jackson. During the show, rapper Kanye West had yet another awards show meltdown. Taylor Swift, who became the first country artist to win an MTV award, was on stage accepting her award for best female video for “You Belong to Me,” when West jumped on stage and took the microphone from Swift and protested her win, saying Beyonce should have won instead for “Single Ladies (Put a Ring On It).” When Beyonce later won video of the year for that song, she brought Swift back on stage to have her finish her acceptance speech. Among the highlight performances of the night was Pink’s trapeze act while singing “Sober.”

In 2010, rap icons Eminem and Jay-Z performed at the new Yankee Stadium, the first musical concert since it opened in 2009. Beyonce, Kanye West, Dr. Dre, Drake, 50 Cent, and Chris Martin of “Coldplay” were among the musical guests.