In Tribute To the Late, Beloved Roger Ebert, A ‘Day for Empathy’ Established In Chicago. 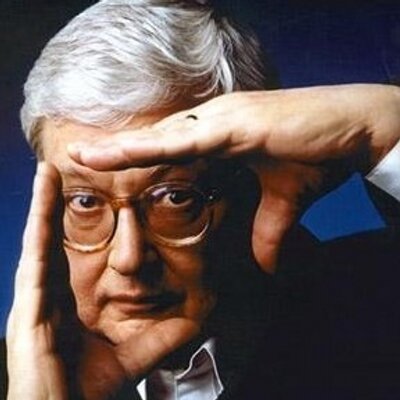 CHICAGO, April 4, 2018 /PRNewswire/ — It’s a thumbs up—way up in Chicago this week as rogerebert.com, and the Roger and Chaz Ebert Foundation will firmly establish the inaugural Day4Empathy in the city. Wednesday, April 4th marks the solemn fifth anniversary of the celebrated film critic and author’s untimely death, and to that end the Day4Empathy has been declared in tribute, to reinforce the late Roger Ebert’s embrace of the universal concepts of empathy, and his staunch belief in the necessity of humility, compassion and paying acts of kindness forward.

“The Day4Empathy is a call-to-action for more of the good in each of us to show up in our everyday interactions with other people, in our work, study and play—creating a better community and drawing each one of us closer to our own best selves,” says Chaz Ebert, Roger’s widow and co-founder and chair of the Roger and Chaz Ebert Foundation. “Part of the goal of our celebration is to ignite an ongoing, citywide conversation about the transformative nature of Ebert’s compass of values in today’s divisive landscape—and issue a loud and resounding call-to-action.

“We want to establish this celebration here, in my home city, and have it move from Chicago across the state, even nationwide ultimately,” she continues. “And on this 50th year anniversary of the death of the Rev. Dr. Martin Luther King, Jr., I am mindful of Dr. King’s admonition that the time is always right, to do what is right.”

The late Roger Ebert’s life, work and success was guided by his deeply rooted moral compass which embraced empathy, kindness, compassion and forgiveness as a way of life. The Day4Empathy will include the citywide distribution of kindness cards and bracelets by Day4Empathy ambassadors, encouraging people to perform acts of kindness, while acknowledging and paying forward kindnesses shown to them. There are also plans for a media tour, an empathy truck, and to introduce a creative expression project in partnership with the Chicago Public Schools, presenting ten $1,000 awards to young people for the best interpretations—in any medium—of their definitions of empathy.

ABOUT THE ROGER AND CHAZ EBERT FOUNDATION

Chaz Ebert co-founded the Roger and Chaz Ebert Foundation with her late husband, the acclaimed film critic and author, Roger Ebert. She is also chairman of the board for the Foundation. More information on the first annual Day4Empathy celebration in Chicago can be found on the web site, www.rogerebert.com/empathy. Ms. Ebert is the CEO of several Ebert enterprises, including the president of The Ebert Company Ltd., and of Ebert Digital LLC, publisher and co-founder of RogerEbert.com, established in 2002 and where she continues as its publisher, president of Ebert Productions, chairman of the board of The Roger and Chaz Ebert Foundation and co-founder and producer of Ebertfest, the film festival now in its 20th year.