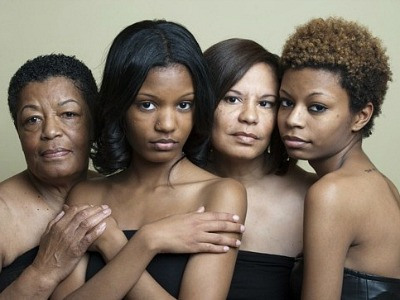 LOS ANGELES, Jan. 22, 2018 /PRNewswire-USNewswire/ — In commemoration of National Black HIV/AIDS Awareness Day (February 7, 2018), the University of Southern California – Black Alumni Association and Institute for Diversity and Empowerment at Annenberg School of Communication and Journalism is partnering with the Black AIDS Institute and Full Frequency Media, to host a screening and discussion of the film 90 Days written by Nathan Hale Williams and co-directed by Jennia Fredrique Aponte and Nathan Hale Williams.  90 Days is a riveting story of love, integrity and compassion, that explores a beautiful young couple’s journey through the challenges of HIV disclosure, stigma, treatment, prevention, and PrEP.  The film is entertaining, authentic and a visual masterpiece:

Taylor and Jessica have fallen in love.  They’ve decided to delay sexual intimacy for 90 days.  As the big day comes, one of them struggles to disclose their HIV status. The other must decide what to do with this information. Both of their lives are changed forever.

Given the disproportionate impact HIV/AIDS continues to have on Black communities, especially young Black men and women, the film seizes the opportunity to draw attention and raise awareness regarding the current state of HIV in Black communities, and the need for meaningful discussions to end the epidemic in Black America. The discussion held after the film screening will capture scenes from the film and its applicability to Black communities.  Through a panel discussion with the film’s co-stars, directors, and producers, along with national HIV advocates and experts, including Phill Wilson, President and CEO of the Black AIDS Institute and long-time HIV positive activist, Hydeia Broadbent, the state of HIV in Black America and new HIV prevention tools like U=U, treatment as prevention, and pre-exposure prophylaxis will be addressed.

“The 90 Days partnership is a part of a new national Black Women and HIV initiative the Institute began last year,” says Marie-Fatima Hyacinthe, Black AIDS Institute mobilization coordinator. “In 2018, we are planning on fleshing out our Black Women’s programming to include more fact sheets, workshops, discussion guides, national tours, and engaging our Black Hollywood Task Force on AIDS.”

According to the Centers for Disease Control, Black communities continue to be severely and disproportionately impacted by HIV with nearly half (45%) of estimated new HIV diagnoses in 2015 being among Black Americans. In Los Angeles County, while only representing 9.1% of the county’s population, yet accounting for 24% of new HIV diagnoses, Black Americans diagnosed with HIV are less likely to be linked to treatment, to be retained in care, and to achieve viral suppression. Black PLWH are less likely to be linked to medical care than any other racial/ethnic group.

“64% of new infections among women in the U.S. are Black women. Black women are 16 times more likely to become infected with HIV than white women, yet 85% of PrEP users are white men. What’s wrong with that picture,” says, Phill Wilson. “New bio-medical prevention tools (PrEP) provide over 96% protection against HIV infection with one pill a day.  Yet, very few Black women know about them, let alone are using them.  The Black AIDS Institute is committed to changing that.”