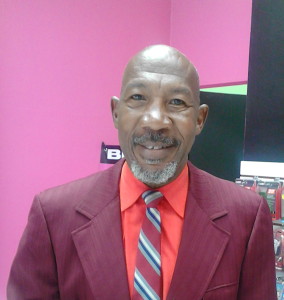 On March 3, 2021 the undersigned observed that taxi drivers had used their taxis to partially blocked the main entrance to the Transport Centre, located in Half-Way-Tree. Seeing this illegal act and its potential to cause a mishap which could be fatal I took it up unto myself to report the same to the on location police post.

I thought it would be considered appropriate to report this matter to the police which was in close proximity. Alas! This proved to be not just wrong, but very wrong. I could have lost my life. When I entered the guard house I saw two people. A male sitting around a desk, and a female playing with her cellphone.

I dismissed her claim and told her I was there to lodge a complaint. I told her that taxis were blocking the entrance to the bus Park. She replied  “Why is that of any concern to you?   You should be at home because of your age.  “You don’t have a car, so get out of here”

The other person in the one room guard house, a male Officer kept silent.  He wore a Police uniform with two stripes.

I immediately left the guard house. I reported my ordeal to a Jamaica Urban Transport Company (JUTC) manager passing by.  He said inter alia:

“She should have assisted to clear the entrance which us still blocked with taxis.”

He further stated he was busy trying to find a bus to dispatch, and would return. He never did.

I felt so verbally assaulted and insulted by the Female Police Officer that my head began hurting me.  She poured scorn on me without trying to assist. I was so sad.

I called Vernon Derby on “At Your Service” the following day,  and reported to Vernon what had occurred the day before at the Transport Centre with the Police on live radio.

I was hoping that SSP Stephany Lindsay, head of The Constabulary Communications Network (CCN) would reach out to me as they monitor the radio networks. To date not a word from them. 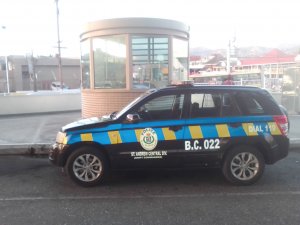 Police Jeep parked in front of Transport Centre where Hopeton O’Connor-Dennie was verbally assaulted as stated above.

So disturbed I was that I decided to forget following up making the report.  Instead I went to the ticket office to get a top up of my bus card. After that trip, I was still determined to get my complaint heard,  I saw the uniformed Officer outside talking to what appeared to be an insurance agent. After asking permission to address him which was granted,  he promptly apologized for his colleague’s behaviour inside the guard house.  I left without getting any assistance even at that stage as he was now engaged in private business. Public duties had to take second place.

We often hear about police mistreatment of citizens, even to the level of extrajudicial killings. I find it extremely difficult to understand the mentality of some of those who have sworn to serve and protect us.  Their conduct on too many occasions leaves much to be desired. You may say distasteful, despicable, demeaning, disgusting and even downright disgraceful to say the least.  Conduct unbecoming of someone fit to wear or represent the Jamaica Constabulary Force’s (JCF) uniform.  It should be an honour to serve one’s country.

Hopeton O’Connor-Dennie is a veteran photojournalist with great respect for the law. He also has international exposure.