Kelley Rowland mourns the death of her mother at age 66 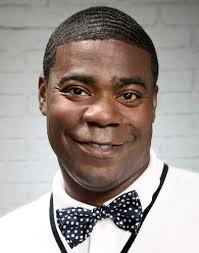 TRENTON, N.J. _ Wal-Mart has denied claims by lawyers for actor-comedian Tracy Morgan that the company is stalling a federal lawsuit over a fatal highway crash in New Jersey last summer.

In a court filing Monday, attorneys for Morgan opposed a motion by Wal-Mart driver Kevin Roper to intervene in the case. Roper isn’t named as a defendant but is facing criminal charges in New Jersey.

Morgan’s attorneys accuse Wal-Mart of stalling to avoid the disclosure of its safety practices.

Arkansas-based Wal-Mart filed a letter Tuesday that says the idea that the company is behind Roper’s motion in an attempt to delay the lawsuit is false.

Roper was driving a truck that slammed into a limo van carrying Morgan and others in June, killing one man and seriously injuring Morgan and two others.