Davis Love III walks off a winner at the Wyndham, while Tiger Woods struggles in final round 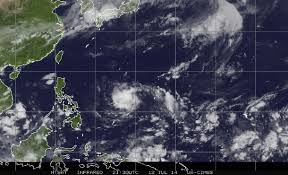 SANTO DOMINGO, Dominican Republic _ Tropical Storm Danny weakened Sunday and was poised to bring winds and rainfall to parts of the Caribbean.

The centre of the storm was located about 135 miles (215 kilometres) east of Dominica on Sunday night. It was moving toward the west at 15 mph (24 kph). The National Hurricane Center in Miami said it would move to west-northwest through Tuesday.

Danny’s centre was expected to pass through the southern Leeward Islands early Monday.

Maximum sustained winds were near 40 mph (65 kph) and forecasters said Danny was expected to weaken into a tropical depression late Sunday or Monday.

The hurricane centre said tropical-storm-force winds were expected to affect Guadeloupe and nearby islands. Danny was forecast to produce 2 inches to 4 inches of rain over the Leeward Islands, the U.S. and British Virgin Islands and Puerto Rico through Tuesday.

Forecasters said the storm would be a tropical depression when it reached Puerto Rico, bringing little relief to the drought-stricken U.S. territory.

Nearly 25 per cent of Puerto Rico is considered to be in an extreme drought, and another 45 per cent is under a severe one, according to The National Drought Mitigation Center. A total of 2.9 million people in Puerto Rico have been affected, and U.S. officials have declared at least 20 of the island’s 78 municipalities as disaster zones.