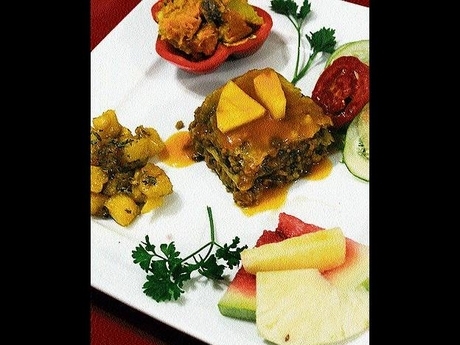 The show titled Reversed, is to be filmed in Jamaica, and will feature seven persons from Jamaica, Trinidad, Puerto Rico and The Bahamas.

The best doctors, nutritionists, herbalists, dieticians, and personal trainers in the islands and states will be utilised by the producers to show the guests how to take back or ‘reverse’ their lives.

According to a website for the show, the programme will span two weeks and will change the face of diabetes and health.

“With diabetes reaching pandemic stage, the people of the Caribbean are being hit hard. With almost one out of three on these islands suffering from diabetes, Mattocks will produce a thrilling and compelling, as well as, entertaining program that will showcase the lives and stories of each person living in the house. This is not a contest, this is real life!” reads the press release.

Mattocks will look to air the TV show in Trinidad, Jamaica, Puerto Rico and The Bahamas to name a few.

But why the islands?

According to the website, Mattocks is not from the islands, but due to his heritage as the nephew of the late reggae legend Bob Marley, he wanted to create a platform to help the people of his island, Jamaica.

In the show’s official TV pitch, Mattocks said he made his name making healthy but affordable meals (which led to his career as ‘The Poor Chef’), and he thought he was living healthy.

However, ever since he was diagnosed with Type 2 diabetes, he started on a new journey.

He is now a worldwide diabetes advocate, a Blue Ribbon Champion with the International Diabetes Federation and a spokesperson with the American Diabetes Association. As such, he is seen all over the world talking diabetes and healthcare.

As a celebrity chef he has seen the need first-hand to address the issues of healthy eating and exercise.

For the original report go to http://jamaica-gleaner.com/gleaner/20130909/ent/ent2.html