Parent Place for Mount Salem by End of March 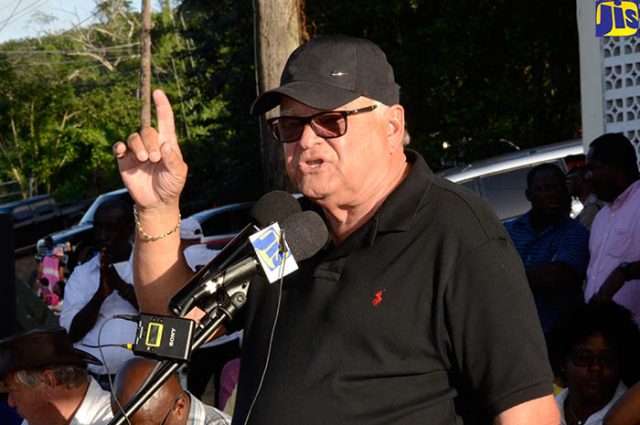 Minister of Industry, Commerce, Agriculture and Fisheries, Hon. Karl Samuda, says the Government has committed another $70 million to assist farmers in Trelawny with the transportation of sugar cane to the Appleton Estate and Worthy Park factories this year.

Speaking at the opening ceremony of the 63rd Hague Agricultural and Industrial Show in Trelawny on Wednesday (February 14), Mr. Samuda said the Government is cognisant of the challenges being faced by farmers since the shutdown of sugar production at the Clarks Town-based Long Pond Factory in the parish a few years ago.

“I have been able to support you, so far, and I could never turn my back at this stage when things are so difficult. And, that is why I said to the Permanent Secretary, only two days ago, that we cannot leave the farmers of Trelawny to suffer the consequences of not having the resources to transport the cane,” Mr. Samuda pointed out.

“And so, we decided that we are going to provide the same amount that we provided last year, which was $70 million. I had said $50 million, but I told him, add $20 million to it, so that we can be assured that all the farmers’ cane will be transported to the factory,” he added.

The Minister recounted that the Government had kept the Long Pond Sugar Factory open in the first year of assuming office, but noted that he had indicated, at the time, that this could not be continued, as the “cost of keeping it open was too great for the Government to underwrite”.

As a consequence, he said, the Ministry had moved to provide money to assist small farmers in particular, to transport the sugar cane from Long Pond to Appleton Estate in St. Elizabeth and Worthy Park in St. Catherine.

Mr. Samuda said he remains highly optimistic that the sugar cane industry will continue to thrive in Trelawny, despite the various challenges, noting that there are forthcoming developments that will give rise to an even greater demand for the produce.

He said that Everglades, owners of Long Pond, continues to pursue its objective of trying to restructure the plant, so that it can produce energy to supply the Jamaica Public Service (JPS) Company. This, he noted, will require increased cane production.

“I have great hopes… . I have expectations for the expansion of cane in Trelawny, not the contraction. And even if there is a shift in the kinds of crops, the employment must be maintained and expanded upon, and I will do everything within my power to see to that,” Mr. Samuda said.