Wray & Nephew Gets Into Christmas 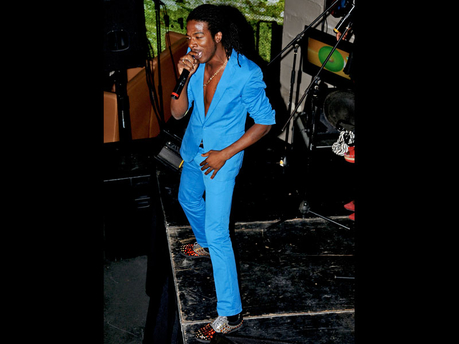 International reggae star Gyptian is following up on a marketing plan he believes the music industry needs to adopt.

In a Sunday Gleaner article, Gyptian said artistes need to think long term and not worry about the immediate payday.

“Artistes need to promote their albums for them to sell abroad. Some Jamaican artistes don’t want to do a free show to promote their album. They want money and lose sight of the bigger opportunity at hand. A good performance is like a tree root, it spreads and people will want more. So at times it’s better to perform for free to an audience of 40,000 and reap the financial benefits in the long term,” Gyptian had said.

Yesterday, Gyptian pointed to just that fact by performing live in the middle of New York City’s Times Square at the Jamaica Get All Right pop-up event presented by the Jamaica Tourist Board (JTB).

The special surprise outdoor experience located on Broadway between 45th and 46th Street featured the world’s largest stress ball, measuring in at 24 feet, live DJs and more. Throughout the day, the JTB gave away free trips toJamaica.

In fact, purchasers can receive an additional 15 per cent discount on allVPReggae.com titles by entering the discount code, Jamaica.

For the original report go to http://jamaica-gleaner.com/gleaner/20131113/ent/ent1.html