Hyde behind the camera 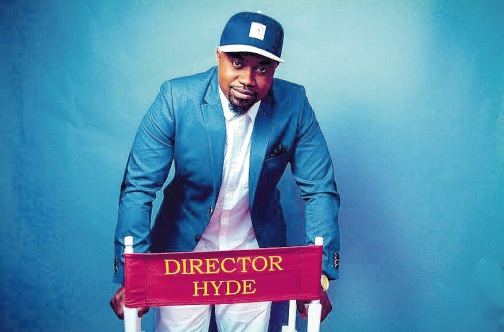 MUSIC video director and film producer Jerome Hyde has 10 years of experience under his belt. He has worked on major Hollywood films and television shows as well as videos for hip hop and reggae acts.

Currently in Kingston for the inaugural Jamaica Film Festival, the 30-year-old Washington DC native wants to learn more about the latest production trends, as well as share some of his knowledge and experience.

“My main reason for attending the Jamaica Film Festival is to learn from it. Although I have 10 years experience, I’m never too old to learn. So going to the festival, I wanted to see what’s there to offer and what I can offer,” he said.

Hyde was born in the American Capitol, but his parents are from Duhaney Park and Spanish Town.

He studied film at Howard University in his hometown, and earned a Masters Degree in Visual Effects from Savannah College of Arts and Design in Georgia.

Hyde began working in film as a production assistant on the hit Martin Lawrence comedy Big Momma’s House. He was a part of the production crew for the reality series Most Haunted Live, and later worked as production coordinator for Single Ladies, the drama-comedy which airs on VH1.

“I was first introduced to Bugle by my business partner and friend Dean Thomas who has a record label called Major Links. Through his friendship and business endeavour with Bugle, I was able to build a strong catalogue of videos. Hence, Bugle loved the work and the chemistry to where we’ve shot tons of music videos together,” Hyde explained.

His most recent video is My Town by Jamaican rapper Magazeen and Wale. Both acts are signed to rapper Rick Ross’s Maybach Music Group label.

The My Town video was inspired by the death of Eric Garner, a black man who was killed while being accosted by police in Long Island, New York, last July.

“It is a song poetically rebelling against police corruption. I’ve chosen to push the envelope and visually show an impactful but yet realistic measure of what happened,” said Hyde. “Magazeen is an artiste of gritty lyrics, and he trusted me to lead and direct a visual piece that would help get his lyrics across. I believe the video stays true to the matters that are at the forefront for a young adult generation today,” he continued. “The video was shot in New York City to add volume to the voices of those speaking out against the trend of incidents of police brutality against black men across the nation.”

Hyde, who has done television commercials for Toyota, Radio One, Washington Wizards, Washington Redskins, the Discovery Channel and the Travel Channel, will direct videos for singer Dexta Daps and Bugle while in Jamaica.