Munga Honorable To Host “Back To School Treat” On Saturday, Aug. 31st 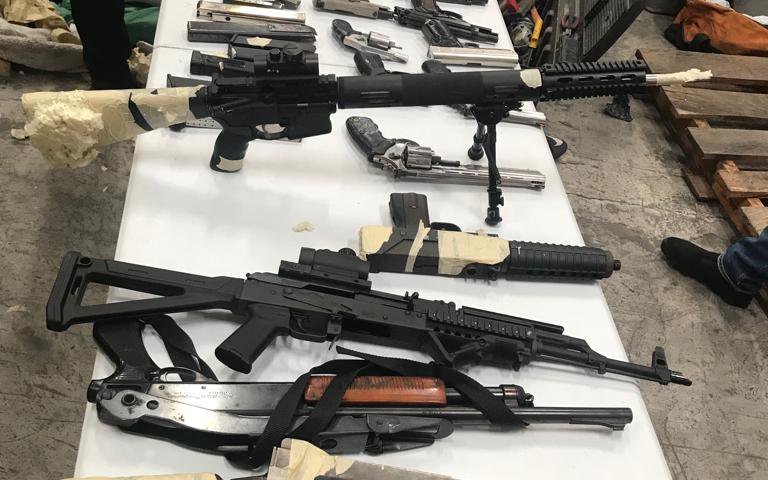 Following the outcry on gun shootings in Canada there is the view that guns are smuggled across the border between Canada and the USA. In some US states like Texas, there is open Gun carriage. It is well known that it is written in the American Constitution that to bear arms is a right. It is illegal to carry an unlicensed firearm inside Jamaica. In Canada the Liberals plan to tackle gun ownership laws, but they seem to waiting until after the October 2019 Federal elections to deal with the issue.

In Jamaica there are very strict gun laws, yet guns are smuggled into the island through various means included in legal shipments as personal chattels through customs. Approximately 70 percent of homicides in Jamaica are committed by the gun. There seems to be an insatiable love affair with the gun.

There is a thriving trade in drugs for guns. The National Security Minister, MP, The Hon. Dr. Horace Chang monitored by Vision said inter alia “There are more Jamaicans overseas than those in Jamaica .. the Diaspora is bigger than the local population. So if they buy into the “right to bear arms” as is the American way of life it is not difficult to see the problem being faced” Guns are being exchanged for drugs. Mainly ganja seems to be the choice drug. Jamaica is also believed to be a transshipment point for hard drugs being smuggled into the lucrative north American market. Where there are buyers then there is a market.

The Haiti connection has long been established. There are anecdotal views being expressed that there is a thriving underground trade in guns for drugs and gun for meat between Jamaica and Haiti. Donkey meat is said to be among the “delicacies.” they relish in Haiti. Is this true? We have no evidence that this is true. Do you?