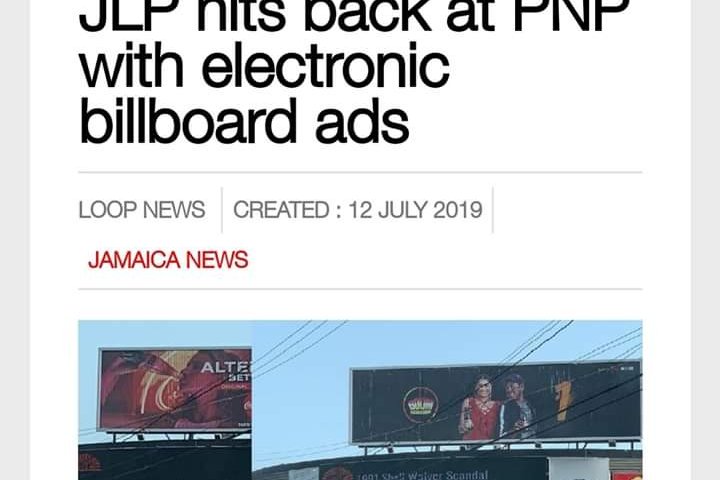 Perspective:
In a clever move the JLP organized to contract the services of an electronic billboard.  This bill board was located in the vicinity of the Vigil in the very busy pedestrian and vehicular intersection of Half-way-tree.  An estimated one million persons pass through this heavily trafficked area daily.
Billboard
The billboard cataloged the many PNP scandals over the 18 plus years they were in power.  It turned out to be a very effective medium.  Some of the scandals were as follows:  Netflix,  3 billion dollar value,  Cuban Light Bulb scandal approximately 350US$ million loss, Trafigura 300 million US$ and 400 million Ja$ scandal in the Manchester Municipal Corporation to name a few. This one is presently in court.
Moral Authority
The PNP has no moral authority to scold anyone for corruption.  Many public commentators have given the PNP vigil the thumbs down.  The PNP says it was a success.
The JLP said the PNP are hypocrites as they have had numerous scandals.
Will it make a difference in how the electors see the parties.
Perspective
It is our view that the PNP is morally wounded.  They have long lost the trust of the people.What is your perspective?  This is ours. Feel free to disagree.
Hopeton O’Connor-Dennie is Senior International Correspondent & photojournalist for Vision Newspaper Canada.