Justices of the Peace Challenged to Help Fight Crime 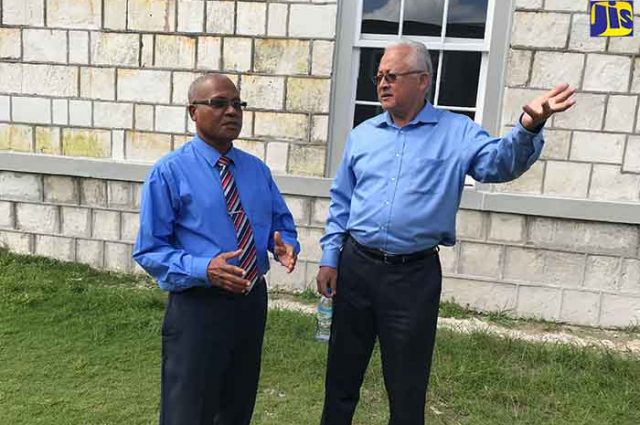 Minister of Justice, Hon. Delroy Chuck, has called on justices of the peace (JPs) to assist the Government and the security forces in fighting crime.

Speaking at the annual general meeting of the Portland Chapter of the Lay Magistrates’ Association, which was held on January 26 in Buff Bay, the Minister said JPs are appointed community leaders with an upper hand to help control crime.

“We want to organise the JPs in every parish properly, because they must play a more active role in the lives of Jamaicans. Jamaica needs leaders, as there is a vacuum of leadership at all levels,” the Minister said.

Mr. Chuck argued that many persons who should take on leadership roles have yielded, remained silent and retreated to their homes, resulting in “the corrupt, criminals, gangsters and indisciplined (seeking) to take over”.

“This is where I want to call on all the justices of the peace to offer the leadership that Jamaica requires in every square metre across Jamaica,” the Minister said.

He argued that although Jamaicans look to members of the Government to provide leadership at the highest level and to intervene in criminal matters, they need the support of appointed leaders, such as justices of the peace, who often live directly in the communities with persons who are involved in criminal activities.

“We cannot do it alone. All of us who want to see a better Jamaica must stop complaining about what others are doing and… step forward and make a difference. All of us in our own small way can make an impact, not only on our community but Jamaica. Justices of the peace, we have to start with ourselves, to clean up our act, and to make ourselves the leaders of (the) morality… decency… (and) discipline that Jamaica requires right now,” the Minister said.

Mr. Chuck said many JPs have remained silent and have not reported issues that need to be addressed in their communities.

“The only thing for evil to prosper is if good men remain silent. It is for you to stand up as the good people and let those who want to destroy Jamaica know that they cannot achieve it, because individually and collectively you will fight back and expose them,” he said.