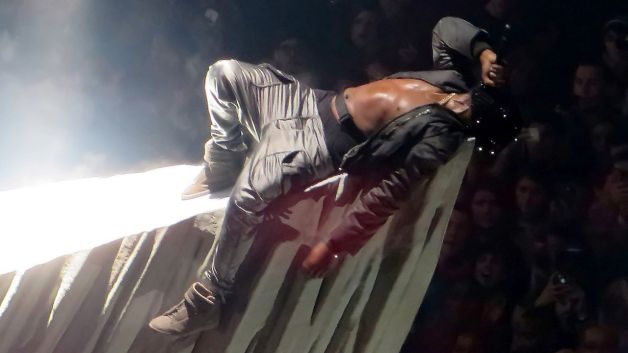 The year of Kanye West is closing on a high note.

Huge tour sales are a big win for the 21-time Grammy winner after his Yeezus release marked the lowest first-week sales of his career. The “Bound 2” MC promoted Yeezus with spot performances and interviews, and announced the tour — his first solo run in five years — in early September. Within a month of its launch, the tour was postponed due to equipment issues, but brought in roughly $1 million per show as of late November, according to Forbes.com.

By December, West was reportedly having trouble filling seats in both New Orleans and Kansas City, the latter of which only saw about 4,500 fans out of a possible 19,000. Days earlier, however, the tour made $3 million from back-to-back sets at New York City’s Madison Square Garden, selling 28,919 seats; and by its wrap in Toronto last week, West filled more than 31,000 seats over another two-night run.

Despite moving tickets, the tour also brought on a new string of rants from West both on and off stage. While promoting the show in New York, he got into a heated argument with longtime friend and broadcast personality Sway Calloway, accused President Obama of using him for publicityduring a stop in Philly, blasted Nike after severing ties with the sneaker brand (he later apologized), screamed “f–k those nominations” during one show because he only received two Grammy nods and kicked a fan out for “heckling.”

Nonetheless, in 2014 West aims to keep the focus on his art rather than frivolous sound bites. At the final Yeezus tour stop last week, he told the crowd, “This might be the last time ya’ll hear me talk s–t for a long time.” He added, “Might be another like six months, at least.”

Knowing ‘Ye, though, that’s not an easy resolution to keep.

For the original report go to http://www.bet.com/news/music/2013/12/31/kanye-west-s-yeezus-tour-earns-25-million.html