White vs Entrepreneurs of Color 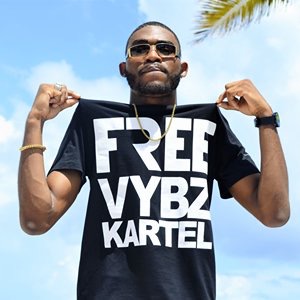 Notorious Dancehall veteran selector/DJ will be literally beamed in to play a segment of non-stop Kartel music on New Year’s Day. Fresh off the incident at another DJs birthday party, Matterhorn is appropriately been added to the line-up as it is being held in Kartel’s hometown of Portmore at Sugarman’s Beach coincidentally where Kartel held one of his last parties .The Bad Behaviour Beach party hosted by Ragashanti is being sponsored by the Vybz Kartel Official clothing line, Official VK Line and the event is being promoted by House of Dancehall, owned by Kartel’s co-author on The Voice of the Jamaican Ghetto, Michael Dawson. Asked why the addition Dawson responded, “there can’t be any real Jamaican party on the planet without Vybz Kartel music…. any such party in my opinion isn’t a real party at all…this is a party that Raga hosting for the naughty girls .so the great Tony Matterhorn is being contracted to play exclusively Kartel music…who waan vex can vex”.When pushed directly if this is a response to Alkaline and why his “no comment” response to Winford Williams’ question on On Stage about the same artist, Dawson again refused to comment. After much probing he finally responded. “I am not an electrician but I know the term alkaline refers to something that I believe is used in batteries, so being in production, I thought I was being asked an electrical question . However, now that I think of it, I do hear some teenagers and little kids talking about an upcoming performer of the same name but I would not compare Usain Bolt to a class 3 athlete at Champs so I can’t compare the great Adidja Palmer to someone who I am not sure about. I am extremely busy so I really only listen to great artistes, hence, I ask that you please respect that I can’t comment any further on an up and coming artiste except to wish them well and advise that they can learn a few things about long term success if they follow Kartel.”Gaza fans will welcome Matterhorn stream in to Portmore as there has been an outpouring of support for him on social media after he was verbally attacked last week for playing Kartel music at a certain party. As one Gaza fan from Greater Portmore put it: “If Matterhorn even stream into Portmore to play Kartel Music, promoter haffi fly the gate because the whole a Portmore a go pay tribute. All pastor who nuh like Kartel respect say Matterhorn stand up for one of our own. Big up House of Dancehall, Matterhorn deserve the recognition.”