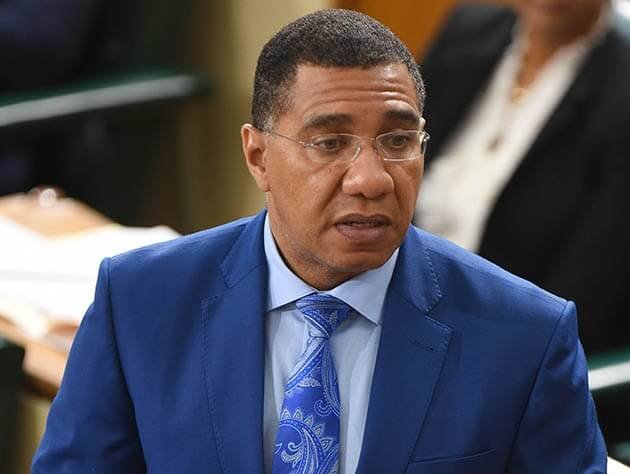 PM Andrew Holness of Jamaica has assaulted the media by issuing restrictions on our movement in St. Catherine by announcing a statement to this effect in Parliament last Tuesday.

As a practicing Journalist, I am disgusted to hear this. What a piece of madness! Has power flown to his head? We are disappointed to learn of this assault on a Free Press and by extension Freedom of the Press in Jamaica.
See voice note attached).

The PM should take note that “power corrupts and absolute power corrupts absolutely.” We hope he is not so corrupted. Let us hope it was a slip of the tongue while not engaging his brain. None of us are infallible.

The President of PAJ, Mr George Davis has objected strongly to this assault on the media. His partial comments are enclosed, in his own words in the attached voice note. Mr. Davis” comment inter alia said “I was expecting consultation instead of a high handed directive”. We agree 100 percent with the PAJ president.

It is our further perspective that a free press in a democracy is an important, if not invaluable tool to move our society forward. The rights and freedoms of all are best protected by a free press.

We note that PM Andrew Holness has retracted this assault/directive, so to speak by lifing those announced restrictions on the press at this time. We welcome this speedy move to retract this announced restriction on the media’s movement in a lockdown area … St. Catherine Parish.

We hope this assault will not raise its ugly head again in the near or never again … in this distance future.

The press in Jamaica has been responsible and we did not deserve this assault. We are glad that good sense has now prevailed.