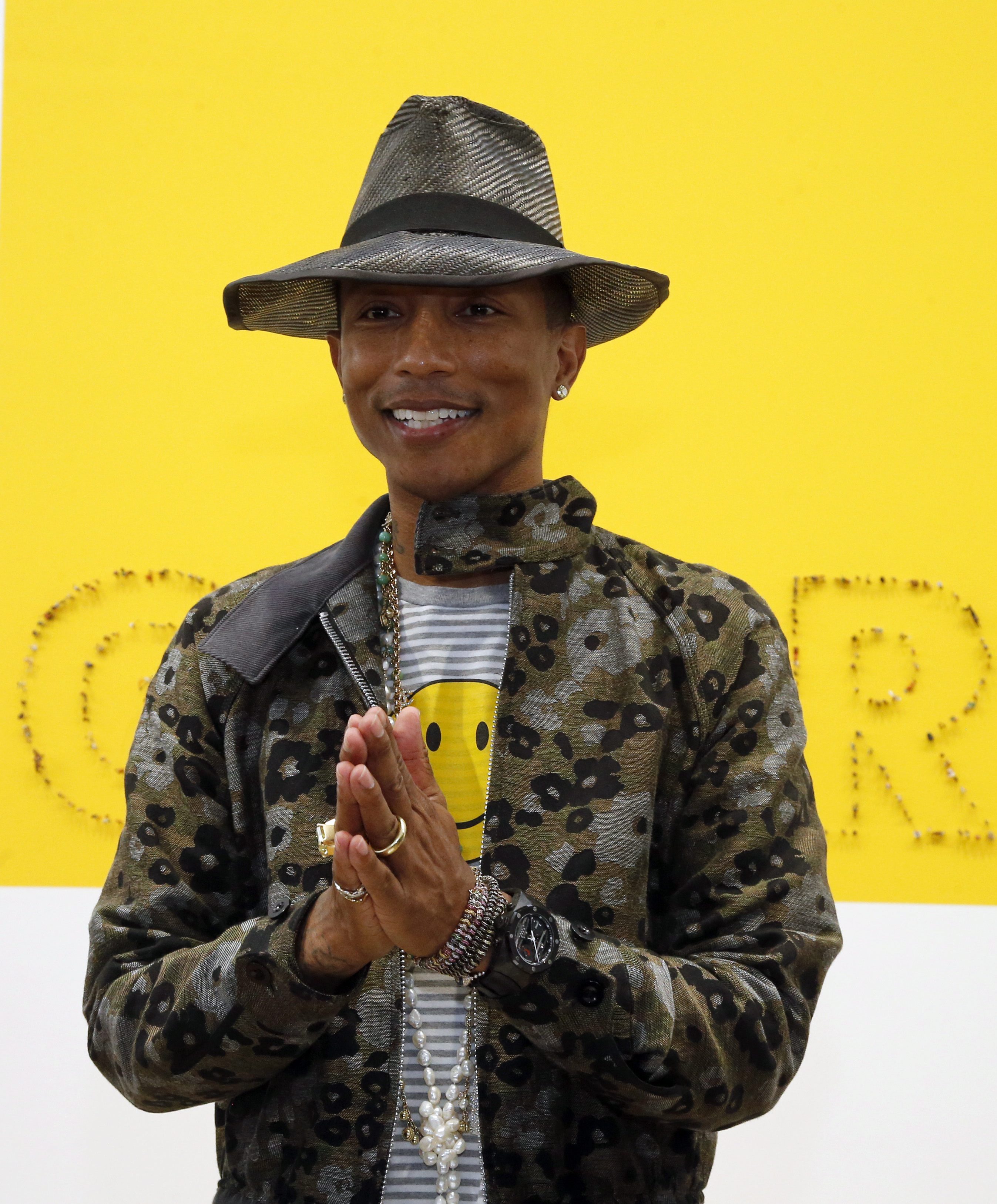 LOS ANGELES _ Pharrell Williams says he’s not nervous about Friday’s Grammy nominations, but he’s definitely excited to see how it plays out.

Williams’ megahit “Happy” was released before Grammy eligibility, but the song’s live version could nab nominations for record of the year and best pop solo performance.

At an event Wednesday celebrating his collaboration with Adidas, Williams said he remains grateful and humble about the success of his second album “G I R L.”

The singer-producer said the colorful, unisex collection of tennis shoes and tailored track jackets was inspired by the theme of equality. It’s available now with additional pieces rolling out through 2015.