It is all systems go today, Saturday, July 31 for the Ardenne Alumni Association Atlanta Chapter (AAAAC) Summer Concert Fundraising virtual Telethon, that will seek to raise money to support the scholarship program (a four year scholarship for two current Ardenne students) and to assist with funding for the lunch program, which for some, is the only meal of the day. 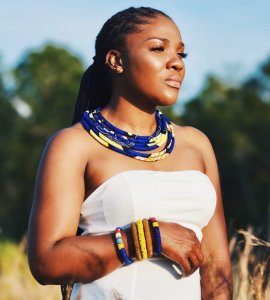 The Telethon will be headlined by music Ambassador Richie Stephens. The award winning singer, known for hits singles ‘Fight Back,’ ‘Take Me Away,’ ‘Weakness For Sweetness’ and ‘Buff – Baff’ has been a global superstar for over three decades. Four years ago he was honored with a Pop award at the ASCAP Pop Music Awards in Hollywood and an R&B award at the 30th annual ASCAP (R&B) Music Awards in Beverly Hills for his contribution to Rhianna’s hit single ‘Work.’

The event will also feature performances by father and daughter singers Anthony & Tiffanie Malvo. Anthony, a veteran singer/producer from the 1990s, rose to prominence with hits ‘Come Back To Me’ feat Tiger, ‘Not On My Level’ and ‘Take You To The Dance.’ He recently released a collaboration with Buju Banton titled ‘Baby Come Take It,’ while his daughter Tiffanie is building her own catalogue with singles ‘Love You’ with Wayne Wonder and ‘Good Love’ featuring Busy Signal.

A spiritually riveting performance is expected from 11 year old prodigy Janessa Smith, who a few months ago landed on the Christian Billboard charts with her gospel single ‘He’s Able.’ Janessa was subsequently nominated for several awards including the prestigious Stellar Awards in the ‘Youth Project of the Year’ category.

A stirring performance is expected from Florida based rising star Isha Blender, daughter of 1990s roots veteran Everton Blender. Isha first made her mark in 2016 with her debut EP titled ‘Epiphany’ that contained songs ‘Don’t be Used’ and ‘Testimony’ done in combination with Capleton. Brooklyn based CK Pragmatic is making a name stateside with strong performances this year at the New Jersey Spice Jerk Festival and a Gospel Concert in New York. Recently he showcased his prowess as a producer, with the Basal T Riddim album. The eight song disc featured New York radio jock DJ Ellygan, Powerman, Ghandi and Speng Beng. 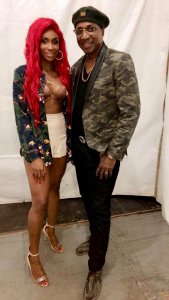 An interesting addition to the lineup is Tanzanian born gospel DJ Barnaba Nyirenda. His father, being a gospel Minister, was called to serve in Jamaica and the Cayman Islands in 2007. Barnaba moved with his family and quickly learnt the Jamaican dialect. He adopted the Jamaican culture and is glorifying God through creatively composing and remixing gospel songs while staying relevant to his African culture.Other performers include gospel singer Joan Myers, Dub Poet Diandra Harrison of Ardenne High, Habba Bash, saxophonist Fred Robertson among others. Master of Ceremony will be alumnus, Andrew Lawrence.AAAC president, Uton Henry in appealing to Ardenne past students and members of the Jamaican Diaspora to support the telethon said, “The world is quite a different place now from what it was just a few months ago. We all have faced new challenges in our homes, businesses, neighborhoods, and the nation. These challenging times have made it more important for us to come together as past students of Ardenne and citizens of Jamaica to find new solutions not only to help each other cope, but to assist the students of Ardenne financially, emotionally, and in other needed areas.”Ardenne Principal Nadine Malloy said, “In a year like this when we have been living through a pandemic, your support has become even more important.’

With COVID-19 impacting our ability to gather physically, the AAAAC planning committee wisely opted to host a virtual telethon this year and what a blessing it has been so far. The upside is that we can showcase talent from anywhere virtually. I am very, very excited about what we have planned in terms of entertainment and it will be nothing short of an epic night of festivities for all ages.”

The 4 hour telethon will be streamed live via Zoom beginning at 8:00pm.