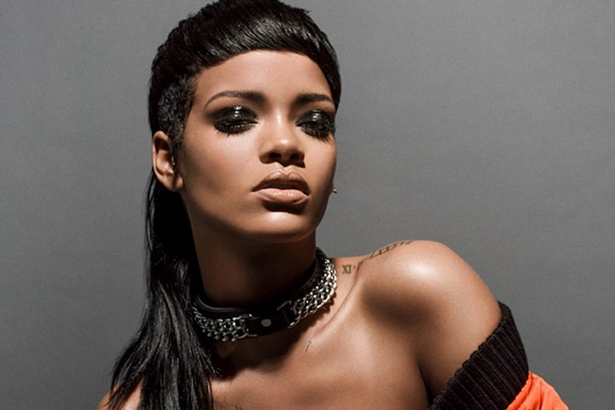 Rihanna has become one of only three acts to take the number one spot in the UK singles chart seven times over seven years.

The only other artists to achieve this impressive feat were the Beatles and Elvis Presley, according to the BBC.

The duo beat boyband One Direction, whose single Story of my Life had been tipped for number one.

The Monster is from the rapper’s latest album Marshall Mathers LP 2, which will be released on 5 November.

Eminem’s last collaboration with Rihanna, Love the Way You Lie, made it to number two in the UK charts in 2010, the BBC reports.

He returned the favour by appearing on Love The Way You Lie (Part II), on Rihanna’s Loud album.

He also featured on Rihanna’s album Unapologetic, on the 2012 single Numb.

The Monster opens with Rihanna’s distinctive vocals, as she sings that she “gets along” with the voices in her head, before Eminem bursts in with his unmistakable and kinda angry rapping style.

Listen to The Monster featuring Rihanna with Eminem below.

For the original report go to http://www.mirror.co.uk/news/world-news/rihanna-becomes-one-just-three-2674298