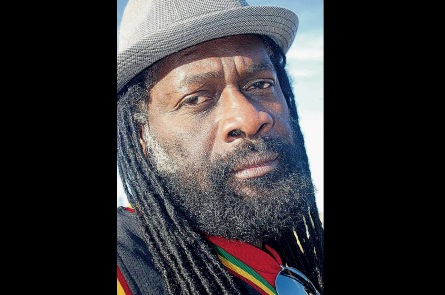 WITH a background steeped in the harmony era of the 1960s, singer Jimmy Riley helped define the lovers’ rock sound Jamaicans were drawn to a decade later. On his latest album, however, he takes a more serious approach.

Lounging at Mixing Lab studio in Kingston last week, the dreadlocked Riley says domestic and international issues inspired him to record some serious songs for Contradiction, which was released in September by VP Records.

“I was just looking at what’s going on in Jamaica, the crime situation an’ all that. It’s happening all over the world…judges going to prison, police corrupt an’ doctors killing people. That’s all part of the contradiction,” said Riley.

Contradiction is the album’s lead track. It is complemented by other hard-hitting numbers like Ruff Seas (with his son Tarrus Riley) and Selassie is The King on which Riley is accompanied by Sizzla and Fantan Mojah.

But the set is not all message. The lovers’ rock sound that established Riley is evident on songs like Natty Check Fi You, Home is Where The Heart Is and If You Are Ready.

Ruff Seas is his latest duet with Tarrus Riley, one of the bright sparks in contemporary reggae. Pull Up Selector, a previous collaboration, did well, so too their acoustic take on Black Mother Pray, a hit in the 1980s for Riley senior.

Riley admits he has benefited from his son’s popularity. He credits this for helping to revive his career.

“When people listen to Tarrus they want to know more about him, where he was 10-15 years ago an’ then they find out he’s Jimmy Riley’s son. Everything is documented now, so they go on the ‘Net’ an’ hear my songs from way back ,” he explained.

Way back can be traced to the late 1960s when Jones Town-born Riley joined the Sensations and Uniques. The latter also included a talented singer named Keith ‘Slim’ Smith, his schoolmate at Kingston Senior Secondary School, and Lloyd Charmers.

The Uniques recorded a handful of hit songs including Love and Devotion and My Conversation but the group wrapped when Smith died in 1973.

Riley continued to record as a solo artiste during the 1970s but it was not until late that decade when he hooked up with hot production duo Sly and Robbie that he hit reggae charts with regularity.

An updated version of Love and Devotion topped local tables for weeks. This was followed by My Woman’s Love (a Curtis Mayfield original he also recorded with the Uniques), Pure and True and Bang Bang.

Riley still performs the old hits but says he has never been one to live in the past.

“Mi proud a the new song dem, an’ once people tek the time to listen I think dem will like it to.”

For the original report go to http://www.jamaicaobserver.com/entertainment/Riley-exposes-Contradiction_15270287