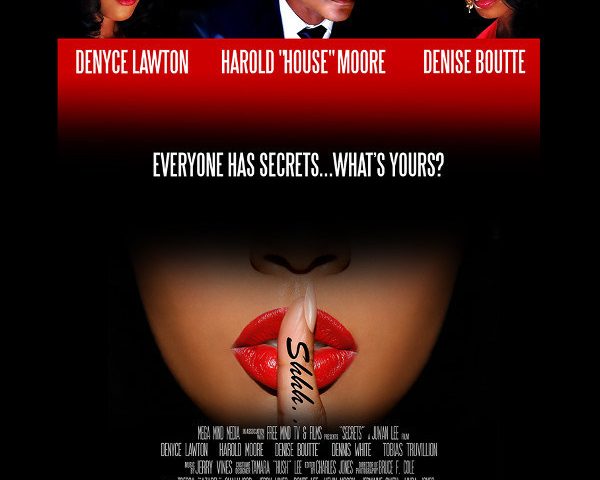 Denyce Lawton, (Tyler Perry’s HOUSE OF PAYNE), Denise Boutee (Why Did I GET MARRIED), and Tobias Truvillion (EMPIRE) star

Secrets follows the story of Taron, a successful businessman and father of two who has a sexual appetite larger than what’s on his plate at home. After a compromising, sexual affair complete chaos erupts, tragedy occurs, lies are unearthed and Taron is left picking up the pieces of his disrupted life and broken relationship. Secrets the movie is adapted from the bestselling novel, “Secrets of a Housewife” by J. Tremble published by Life Changing Books in 2006.

Directed and co-written by Juwan Lee (November Rule), co-written by Jamal Hill (Brotherly Love) and Executive Produced by Tressa Azarel Smallwood Secrets was Featured Narrative Film at the 20thannual American Black Film Festival (ABFF). The film was given a grant by the DC Office of Cable Television, Film, Music and Entertainment.