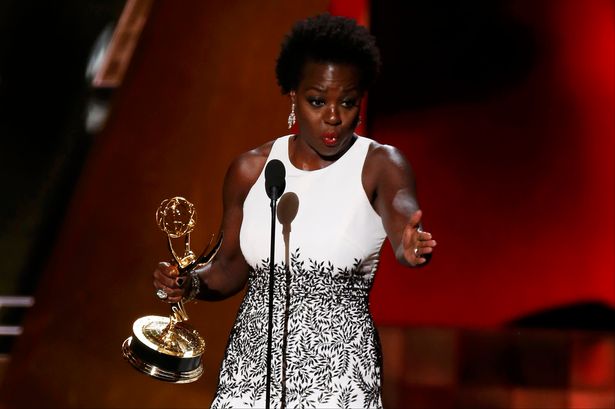 But not soap star Nancy Lee Grahn. Instead, the long-time cast member of “General Hospital” had a Twitter fit.

“Emmys not venue 4 racial opportunity,” she declared in a tweet later deleted.

This was followed by a tweet hailing Davis, the star of ABC’s “How to Get Away With Murder” who became the first African-American to win a best actress Emmy, as “the bees knees.” But Grahn said Davis has never been discriminated against.

Before long, Grahn seemed to cool off, tweeting that Davis is “a goddess.”

Finally came a string of apologies.

“Color me heartbroken,” tweeted Grahn, observing, “Twitter can bring out the best & sadly tonight the worst of us.”