Perspective: What is Canada’s ‘age of consent’ and what are the Liberals changing?

US Government Suspends Firearm Exports To Jamaica … For Private Use … 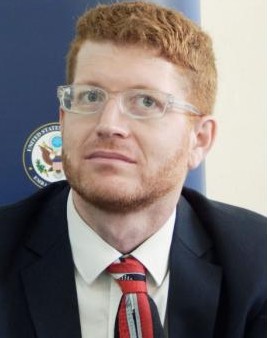 The United States government through its local operatives in their Embassy, Kingston, Jamaica W.I, has announced the immediate suspension of firearm exports to Jamaica for private use.

Following the acquittal of Patrick Powell for the Firearm killing of 17 year old Kahjeel Mais allegedly by someone driving a X6 which had a fender bender with taxi driven by one Wayne Anthony Wright. Patrick Powell was acquitted of murdering young Mais. The taxi driver testified that he could not identify the driver of the X6. The court had no choice but to acquit the accused Patrick Powell of murder.

Patrick Powell’s firearm file is reported missing from the FLA.

The US government cited the poor performance of the FLA as the main reason for the suspension of firearm exports to Jamaica for private use.

We support the move as at some point we need to get really serious about our affairs. Murders need to be reduced dramatically in Jamaica … the use of the gun is the main weapon of choice.

Finally, in my perspective the FLA board cannot be asked to investigate itself. It is like asking a mongoose to have superintendence over your chicken coop. As you know mongoose love to eat chickens.

Joshua Polacheck, of the US embassy in a thirstily worded communique, advised of the suspension of firearm exports for private us to Jamaica. The bundling at the Firearm Licensing Authority (FLA) was cited as the main reason for the review.

Spent shells from the firearm casings that killed Mais have been identified as strikingly similar by ballistic experts with markings as the firearm allegedly licensed to Powell?.

A double unsolved murder had similar shell casings which were found at the murder scene in 2009. That case has now been reopened. There were no eye witnesses.