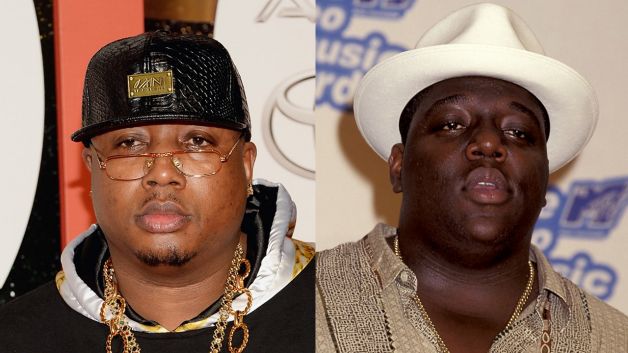 Before the Notorious B.I.G.‘s infamous rift with Tupac Shakur spearheaded the East Coast vs. West Coast beef, the Brooklyn MC had a clash with California native E-40.

In a Complex.com interview, 40 recounted a time when Biggie had a talk with a Canadian magazine and reportedly ranked the Bay Area general a “zero” on a 1-10 rap scale.

When word got back to 40, he confronted Biggie, who happened to be in Sacramento for a show. “I got on the phone with dude and I was like, ‘I didn’t know you felt like that,'” he recalled. He said Big denied the verbal slight and the misunderstanding got settled right then and there. “To make a long story short, I got him home safe, got him back to the hotel safe,” 40 said.

The Sick Wit It Records founder then emphasized that he had nothing to do with Biggie performing in Northern California at the same time 40’s crew was plotting on the New Yorker.

“I didn’t book that concert, that’s the main thing I want to say,” the 46-year-old entrepreneur made clear. “But the s–t that went down as far as my folks on his head? They was, and I called it off.”