A sexual harassment complaints unit is being established in Jamaica

June 14, 2022 | By Hopeton O’Connor-Dennie | As the consciousness of the need for environmental protection grips the world, manufacturers of motor and related forms of transportation have began utilizing alternative energy sources. For example solar, steam for ships mostly, electric and battery only for vehicles like buses, cars and bikes.

These alternative energy sources may not be entirely new, but are more widespread today in response to greater awareness if not greater consciousness as it relates to the environment and impact that energy emitted has on the ozone layer.

ROLL OUT: An electric bike share program launching in Pacoima is free, but users must undergo an orientation and safety training before they can hit the road. https://t.co/8tE6EwClG0

Scientists and environmentalists have been warning those who are prepared to listen, the dangers of not paying close attention to environmental concerns.

Solar is on the growth trajectory especially in homes and for devices like water heaters and related for of renewables. 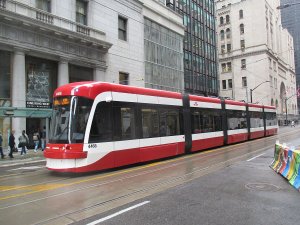 In Canada they employ electric streetcars in Toronto the capital of Ontario.  I did not see them elsewhere in Canada. They are connected by electric cables overhead.  It is a unique system that runs on dedicated train-like tracks.  Ordinary cars run alongside them on the roads. I was most fascinated when I witnessed them for the first time in  the early 1990s.

In Jamaica there was the tram car from in the 50s. These tram cars were run by electric power on tracks similar to the streetcars in Toronto.

These alternative energy sources have been around for decades.  Steam and coal have long been used especially in ships. The fossil  fuel/oil is a late invention.  Nuclear submarines and power driven (hydro) plants have been around for a long time also.  The use of hydrogen and photovoltaics have been talked about for a long period.  Wind is a popular source. Their use are not widespread as the others.

Hopeton O’Connor-Dennie is a senior international journalist who writes for Vision newspaper.