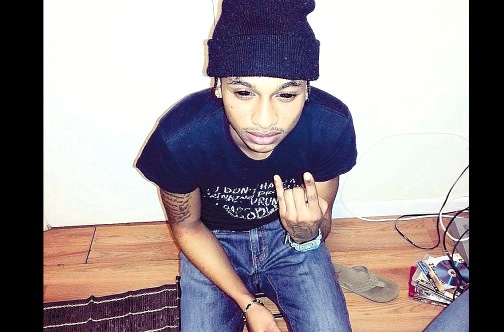 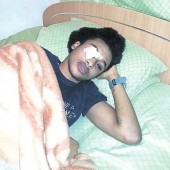 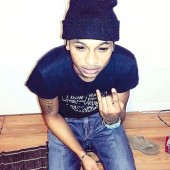 Mace, a 19-year-old singjay, told Splash that he had his eyes ‘inked’ in New York City last week. Shortly after his bold operation, he was forced to check into a hospital after his sight became blurred and he felt a burning sensation in his eyes.

“It was a bit frightening. The doctors told me that it wasn’t numbed properly, hence the burning sensation that I felt,” Mace explained. “It’s like a mini surgery, if the area isn’t properly, numbed, there is going to be after-pains.

He says his sight has improved now that he is on medication, but admits the experience was scary.

“It is not infected, neither am I going blind as is being circulated on the Internet and it wasn’t that I was following anyone. It was a bit frightening but I don’t regret it, I love tattoos,” said Mace, who disclosed that the procedure took 90 minutes to complete.

But does this practice pose major health risks? It is, according to consultant opthalmologist Dr Donovan Calder.

“As with any tattoo, there is always the risk of infections and other serious complications. It is even more risky on the eyes as they are more sensitive and delicate than other areas of the skin,” said Calder. “Because the skin is much thicker, one can get away with little things but the same doesn’t apply for the eyes.”

He told Splash that whenever ink is used on the eyes, it is usually done for therapeutic reasons.

“If a person has a blind eye that is completely white, this procedure can be done to ‘create’ eyeballs so that the person can look more attractive. Now, if it is a cosmetic process where persons are taking perfectly healthy eyes and disfiguring them, that is dangerous,” he said.

“This practice isn’t a tattoo in my opinion, as it is not done with a tattoo gun. A person would go blind if the gun is used,” said Buckley.

Calder notes that while body art can be reversed through laser treatment, he is unaware of a similar process that can be applied to the sclera or white of the eye.

Body art has become a craze throughout Jamaica in the last 10 years. Entertainers, sports personalities, corporate individuals and teenagers sport tattoos, many of which are elaborate images.

Mace was born to Jamaican parents in New York but migrated to Portmore, Jamaica a few years ago. He is known for songs such as Respect the Veterans, My Life and Gyal Dem Bad.

For the original report go to http://www.jamaicaobserver.com/entertainment/Eye-catching-DANGER-_15757560