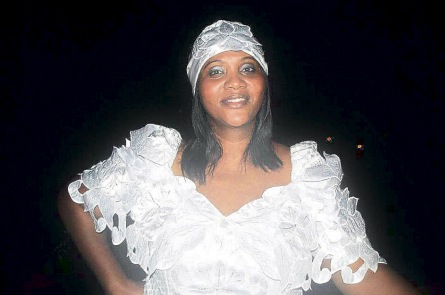 GOSPEL singer Sandra Brooks celebrates 25 years in the business this year. To mark the milestone, she will host a concert Saturday at Karram Speid Auditorium, Merl Grove High School, in Kingston.

It kicks off a series of shows dubbed ‘Sandra Brooks Live’. Proceeds from these events will go to fulfilling a longtime goal — purchasing land to build a shelter for the homeless.

“That has always been my passion. Right now, I am leasing the land with the option to buy,” she told the Jamaica Observer in an interview.

According to Brooks, she empathises with so-called ‘mad people’ because several years ago she was treated like an outcast even though she was living in a home.

“I wasn’t thrown on the street, but I was not able to stay at my house. It was like I was living some of their experience so I know what it feels like,” she said.

She has since recorded popular ballads including The Answer, Did You Stop To Pray and Look To Jesus.

She believes the gospel landscape has changed considerably since she started singing.

“The whole spiritual element of the music has changed in the sense that the music has slanted more to entertainment than ministry. To me, that has affected the whole church,” she said.

For the original  report go to http://www.jamaicaobserver.com/entertainment/Gospel-singer-Sandra-Brooks-marks-25-years_15688819