Perspective : The under fire Hampton Principal, Mrs. Heather Murray has been sent in leave for two weeks on “compassionate” grounds. 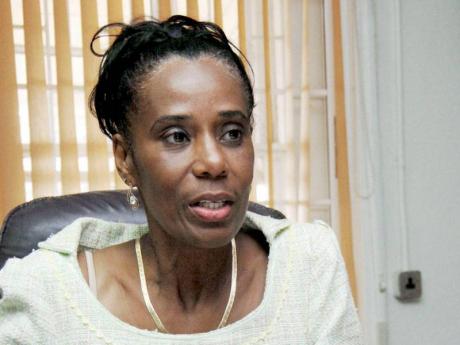 You will recall that at a bail hearing for alleged sex predator Pastor Rupert Clarke, Mrs. Heather Murray is seen on TV blocking the Media and their cameras so as to shield accused rapist who has allegedly raped a 15 year old teen in his car along a lonely bushy road late evening recently.

Mrs. Heather Murray is principal of an  hundred year old all girls school in St. Elizabeth,  Jamaica W. I.  Social media and the public are having a field day with this scandal.

Persons who know her well describe her as a good educator and a politics activist for the PNP. Former Education Minister Rev. Ronald Thwaites, a Roman Catholic Deacon and Lawyer who also was a teacher and dabbles in the media as a talk show host, was guarded in his comments on the affair, especially as it elates to Mrs. Murray. “She is a good and caring principal” he inter alia asserted. He did not appear to support her action of blocking the media.

Mrs. Murray, her Hampton School Board and Education Minister Senator Ruel Reid met last Thursday or so, and agreed with Mrs. Heather Murray that she needs to proceed on two weeks leave as she was stressed out.

This comes on the heels of her apologies for “assaulting” the media in the lawful discharge of their duty.  Mrs. Murray also apologized to her students for her public display of poor judgment of “common sense”.

The Education Minister Ruel Reid, himself a former Principal and president of the powerful Jamaica Teacher’s Association (JTA, a trade union that negotiates salary and working conditions for some 25, 000 teachers in Jamaica.

Reid is now a politician and is not unmindful of the need to walk a thin line so as not to unduly upset the teachers. They are known to support the PNP traditionally.

We will continue to sit at the edge of our seats as this scandal unfolds.