Senate Approves Bill for CMI to Become a University 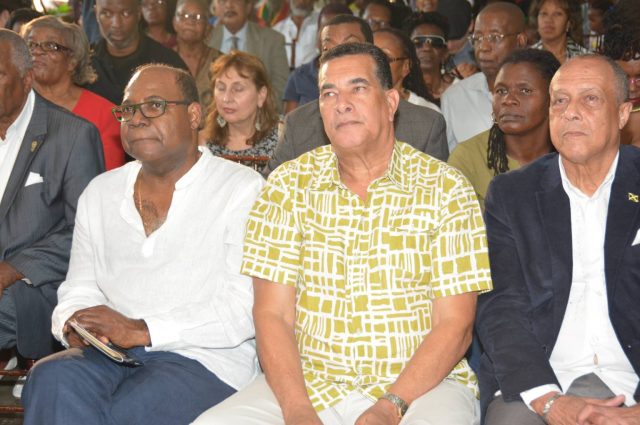 When Jamaican film director, Perry Henzell, hired Jimmy Cliff in 1972 to play the lead role in the movie ‘ The Harder They Come ’, few people would have wagered on it becoming the classic it is today.

For a start, there had never been a featured Jamaican full-length film before, and nobody knew what to expect from the combination of a homegrown director and a singer making his acting debut.

The result was that both the director and the leading man became legends of Jamaican cinema, and international sensations.

The Harder They Come not only “captured the essence of Jamaica and popularised Jamaican music across the world”, it is also seen as the most significant film to have come out of Jamaica since the country gained Independence in 1962.

It tells the story of Ivanhoe Martin, played by Cliff, a country boy who moves to Kingston to seek fame and fortune. Ivan tries to gain legitimate employment, but finds there are very few opportunities open to him.

Undeterred, he pursues his dream of becoming a reggae musician. Singing brings him local popularity, but he quickly discovers that the music industry is rife with corruption and exploitation.

For Tourism Minister, Hon. Edmund Bartlett, the success of the film is testament to the indomitable spirit of Jamaicans, and having the belief that anything is possible.

“The Harder They Come has evolved into an iconic film that has stood the test of time, transcending boundaries and still breaking records. I mean, who would have thought then that a Jamaican film with Jamaican actors, speaking the Jamaican patois would, even today, be such an international hit,” he said.

Minister Bartlett said he is still amazed at the impact Jimmy Cliff has had in his dual role as actor and musician, calling him one of the greatest entertainers of his time.

“The Harder They Come was simply tailor-made for Jimmy Cliff, and the genius in Perry Henzell saw that,” he pointed out.

“Very few actors, and certainly not one that was making his film debut, could have pulled off that performance, but Jimmy Cliff did. That movie is still a testament to the creative greatness of our people. This is what I mean when I say the Jamaican people are our true iconic assets,” he added.

For her part, Minister of Culture, Gender Affairs, Entertainment and Sport, Olivia Grange, said she is not the least bit surprised at any of Cliff’s achievements, calling him a special talent for the ages.

“I have always personally considered Jimmy Cliff as one of Jamaica’s greatest poets of this era,” she noted. He is a great lyricist, coupled with his ability as a charismatic performer with a unique vocal sound and dynamism onstage.’’

“I must also praise Jimmy for his portrayal of the character Ivan in The Harder They Come, a performance of a lifetime and a role that everyone who has seen that film agrees was a stellar performance. Jimmy was able to make Ivan real, telling an authentic life story against the backdrop of the diversity of life in Jamaica, and giving a performance that made the movie become the legendary work of art it is acknowledged to be,” Minister Grange added.

Ms. Grange said that it is indeed remarkable that after nearly 50 years, the performance still has audiences relating to him as Ivan.

In the meantime, Justine Henzell, Perry Henzell’s daughter, who gave a stirring tribute to Mr. Cliff at the award function, said her father and Mr. Cliff will forever be bonded by a cinematic masterpiece that became “the soundtrack to my life”.

“When businessman Robert Russell first brought the idea of Jimmy Cliff to my father, he took one look and agreed that this was indeed the man,” she explained.

“It indeed was, and the rest, as they say, is history. Jamaicans, for the first time saw Jamaicans on the big screen, speaking Jamaican and carrying a film in its entirety. That was simply a groundbreaking moment,” she said.