The noted retired Protocol Director Elinor Marguerite Felix 70 was laid to rest on Saturday 20th July 2019.  It is reported that she fought cancer for 14 years. She never complained and worked tirelessly almost to the end of her life.  On a personal note we spoke on the 19th June at the National Arena at the lying in state of the late Edward Phillip George Seaga.  Ambassador Felix was very much on the job assisting with the protocol arrangements.  It was a shock to me when I heard she suddenly passed. 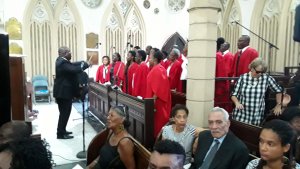 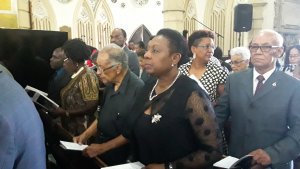 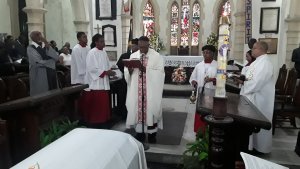 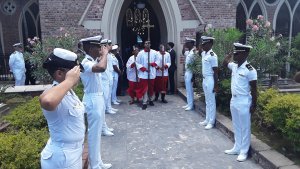 PM Holness headed the host of mourners at the 340 year old St.Andrew Parish Anglican church in Half-way-tree. Kingston, Jamaica W I. Opposition Leader Dr. Peter Phillips was there. His family is related to Ambassador Felix. Dr. Phillip’s and son were among the Paul bearers.

She went to work at the Caribbean Maritime University (CMU) where she made “An impact in such a short while as a lecturer”  The cadets gave her a guard of honour as he coffin was being carried from the church. She consented for her body to be donated for research.  A selfless gift indeed.  It was a dignified send off for Ambassador Felix.

Hopeton O’Connor-Dennie SIC was there and filed this report for Vision Newspaper Canada.