New York, NY — Renowned artist and producer Demarco steps into the spotlight as the star of his latest music video. “Ryda” is the newest single from Demarco’s upcoming album Melody out on all digital platforms on October 22nd. The visual for the song features the Jamaican talent as a fashion-forward guy with a casual swagger set in a luxury landscape. 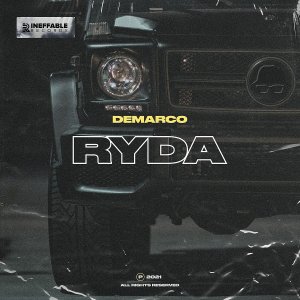 Demarco delivers a lyrical hit with “Ryda” and as director and producer of the video flexes his style while giving viewers a glimpse of his persona. The video features him vibing out with a beautiful woman while donning designer threads, complete with several scenes rocking an on-trend bucket hat in various shades. The sexy beat has an equally smooth message to match as the crooner is depicted professing his intentions to treat his lady like a queen even as the façade crumbles, or in this case as the tenants return home to spoil the fun.

The dancehall star is widely recognized for his work behind the scenes. He is now stepping out as the genius behind the sound. Demarco’s signature singles “Fallen Soldiers” and “I Love My Life” are well known and hugely popular. He’s produced some of modern dancehall’s definitive riddims as well as crossover smashes like Charly Black‘s “Gyal You A Party Animal” and written songs for artists ranging from Bounty Killer to Rihanna. More than a decade deep into a career that’s taken him from Jamaica to the States and back again, Demarco is finally set to release his debut album, Melody, via California-based Ineffable Records next month.