Kamina Johnson-Smith Nominated For Secretary General Of The Commonwealth

Police in Trinidad Continue Investigation into the Murder of a Pastor

Kingston Jamaica ,Florida based Dancehall dancer turned artiste Popeye Caution is elated that his new single Ochi, featuring songwriter and artiste Zekedon and reality television star and artiste Safaree, is getting overwhelming support from the streets of Jamaica just days after its official release. 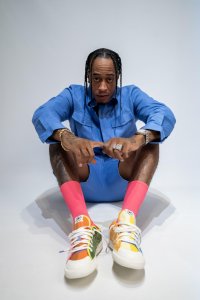 Popeye, who is known for his major collaboration with Ding Dong called Good Ting Dem, felt that Miami needed a dancing anthem for the summer. He linked up with friend and former collaborator Zekedon to create something special and added Safaree to complete the Dancehall Pop flavor for Ochi.

“Safaree actually heard the song at a video shoot and said it was hot and wanted to do a verse on it, we immediately put wheels in motion. This song have the top 5 dance moves that’s running the streets of Jamaica. So the fact that we endorsing this movement means Jamaica will embrace us as well,” Popeye explained

Zekedon believes that bringing unity in the dancehall space is another reason the Ochi track is trending in Jamaica.

“Popeye and I were always looking for the right song to collaborate with so when he got this beat from Suku the rest was history. The beat and the structure of the song bring all dancer together as one, seeing dancers and persons from different sides of the industry on the dancefloor is a real joy.” Zekedon added

The video for Ochi was shot in Miami directed by WAM and is now available on Popeye Caution’s YouTube channel. The artiste will be visiting Jamaica in a matter of days for additional promotion and performances.