Clippers bounce back after shooting 4 for 24 in 1st quarter, beat Warriors 100 86 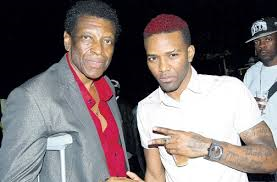 DANCEHALL music went international during the 1990s. With it went the Stone Love sound system which not only attracted the genre’s top artistes, but corporate Jamaica’s biggest companies.

Stone Love is still rolling with the big boys. On Saturday, founder Winston ‘Wee Pow’ Powell and his crew of selectors celebrate their 42nd anniversary with their annual show at Red Stripe Oval.

The show is sponsored by Guinness, brand manager for which is Racquel Nevins. She told Splash that Guinness and Stone Love share similarities, especially when it comes to popular culture.

“Guinness has always had strong ties with Jamaican grass-roots culture as it embodies passion, creativity and bold thinking. In fact, Guinness represents dancehall culture and our association with a foundation sound system such as Stone Love is a natural one,” said Nevins.

Like previous years, this year’s show features a who’s who of dancehall, several of whom have been closely associated with Stone Love for 20 years.

The Manchester-born Powell started as a ‘house set’ in 1972. It grew substantially by the late 1990s, becoming dancehall’s top sound.

Stone Love is also a successful label. It has released hit songs by Sanchez (Falling in Love), Tony Curtis (Love Should Have Brought you Home) and Hands in The Air by Spragga Benz.