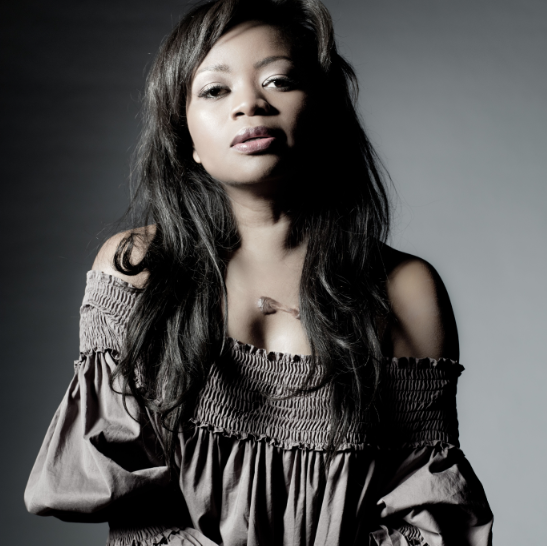 NASHVILLE _ Ruby Amanfu knows how to share the stage, but during a recent dinner party in Nashville, Tennessee, she was the star of the stage and the kitchen as she prepared a meal featuring peanut butter soup and fried plantains, then stood in her bare feet in the living room and belted out a heartbreak song.

Born in Ghana but raised in Music City, the soulful singer won critical acclaim for her acoustical duo with Sam Booker called Sam & Ruby. She caught the attention of rocker Jack White, who enlisted her into his band for his solo album “Blunderbuss.” Last fall Amanfu sang with Hozier on his North American tour.

Now she’s reintroducing herself as a solo artist with her new album of mostly deep-cut cover songs. “Standing Still” features her interpretations of songs by Bob Dylan, Brandi Carlile and Kanye West, among others.

“This was very new for me,” Amanfu said. “It’s been a long time since I have stepped out and taken centre stage.”

She tried the solo route as a singer and songwriter, but has found the most success working with other singers and musicians. She found inspiration to sing solo again when she performed Dylan’s “Not Dark Yet” during a benefit concert in 2013.

Amanfu recorded “Standing Still” over five days in a log cabin in rural Leiper’s Fork, about 30 miles southwest of Nashville. She slows down Kanye’s percussive “Street Lights” to a jazzy melody with guitars and pianos and adds a choir to “One by One,” a song originally recorded by Wilco and Billy Bragg.

“I think that’s the thing about doing covers,” she said. “If you do a song by somebody that has already made it famous, nobody can really hear your version without thinking of the other.”

Patrick Carney of The Black Keys, a guest producer on the album, said it’s a platform for Amanfu to start fresh.

“She has an incredible voice, even in Nashville where everyone is a singer,” Carney said. “It’s really hard to stand out. I think that was part of the appeal of taking those songs and doing something completely unexpected.”

Amanfu also hopes fans of her collaborative work will stick with her as she goes it alone.

“I am excited for the support that I already have from the fans who have been with me in those other forms and I hope they are proud of what I have to give now,” she said. “Because I feel that learning so much from all of those partnerships has made me stronger as an individual artist.”