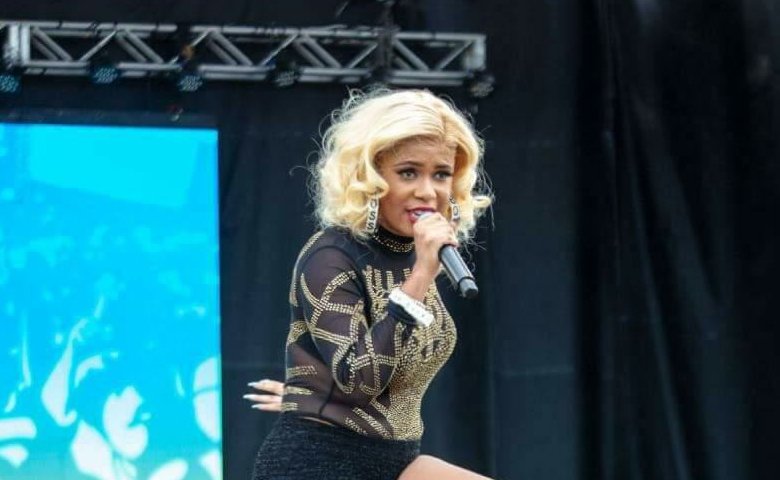 Abby Dallas, the girl with the golden voice,  got more than a warm reception at the recent Grace Jamaica Jerk Festival at Roy Wilkins Park, New York, last Sunday. 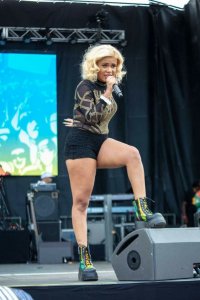 A last minute booking of the artiste did not take away an ounce of her signature  performance.

Some 10,000 patrons joined the artiste and sang “yeh-yeh-yeh” each time she did the line ,” dash weh money pon di gyal dem’.” This, on the Punanny riddim is one of her latest dancehall song.

Performing minus a band, Abby Dallas opened her set with “Diamonds”  one of  Rihanna’s big hit.

Her next pick was her latest “One and Only, ” . She followed with “Your Love” another of her favourite.And, in her own professional style, cut the riddim,  took on a  chorus in the song acapella style and asked the crowd to be her back-up singers.

Having had the crowd eating out  of her hands  she did the controversial  “Dash Di Money Pon Di Gal Dem,” then moved into  the Showtime riddim and freestyle a song which reminded the crowd who Abby Dallas is; as well as “”Poppy Show”- another song which had females fully endorsing her.

In an interview with Vision Caribbean TV, Abby Dallas says, “I was so happy to be on the show which features the likes of  Romain Virgo, Christopher Martin and Nadine Sutherland.

“It was a huge  crowd, because as you know, it’s an annual event and music lovers just needed the break after COVID- 19 restrictions to unwind. Abby Dallas has a lot of fans just about anywhere there is a reggae show. Thanks to V.P. Records and  Jerk Fest for having me on the show.”

Abby Dallas is preparing for what she describes as, a big moment.

“I will be joining Beres Hammond as an opening act for his tour which starts this August, 2022.”

“I have been doing opening acts for big artistes, but for this year I will be going all out to make all my appearances unforgettable.”