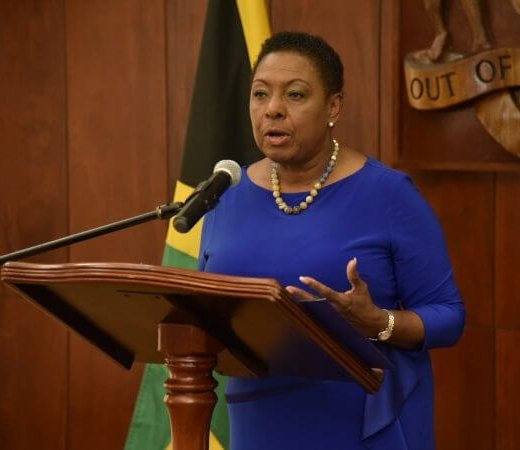 The Bill was tabled in the House of Representatives on July 9.

Ms. Grange said members of the joint select committee from the Lower House who will consider the Bill have already been appointed, and within a matter of days, the members of the Upper House will be announced.

“We will (then) convene the joint select committee meetings and move expeditiously to sign off on the Bill to ensure that we have this legislation in place,” she said.

Minister Grange was responding to questions surrounding allegations of sexual harassment at a tertiary institution in St. Andrew, during a post-Cabinet press briefing at Jamaica House on Wednesday (July 24).

In the meantime, Minister with responsibility for Education, Youth and Information, Hon. Karl Samuda, said he has spoken to the chairman of the board of the educational institution and “a letter is enroute outlining certain findings and so on, and we will act on their recommendation”.

He said the board has the responsibility of managing the school and the Ministry.

“Once we (Ministry) detect that there are deficiencies that rise to the level of great concern then we can intervene by convening a meeting with the board, but we give the board… the authority to act on behalf of the Ministry,” he said.

The Bill addresses concerns about sexual harassment that is employment-related, occurring in institutions, or arising in the landlord and tenant relationship.

It outlines the types of conduct that constitute sexual harassment and prohibits certain related conduct.

It further makes provisions for the hearing of complaints by a Sexual Harassment Tribunal.