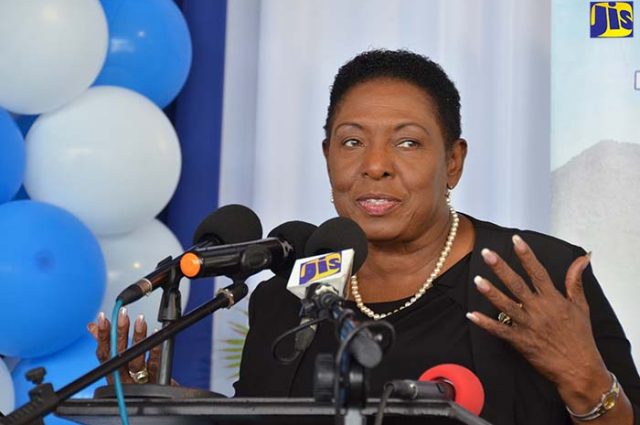 The Honourable Olivia Grange, Minister of Culture, Gender, Entertainment and Sport has said Jamaica’s Rugby Players have presented the country with another gift of excellence in sport.

In congratulating Jamaica Team which was crowned the 2017 Men’s Rugby Americas North Sevens champions, Miss Grange said, “they played with the purpose and skills that showed nothing but determination to win and qualified for the Rugby World Cup for the first time in history.

“In one fell swoop, with that last minute try in the final against Guyana, our team also qualified as well as for the World Cup Sevens 2018 in San Francisco, USA; the 2018 Central American and Caribbean Sports Organization (CACSO) Games, the Commonwealth Games and the 2018 Hong Kong Sevens.”

“Magnificent it was performance by the ‘Crocs’.”

We must also shower kudos on the women’s team, the ‘Lady Crocs’ who also qualified for next year’s CASCO Games, after finishing third in their tournament.

The Jamaica Rugby Football Union, led by Chairman Jerry Benzwick, is also deserving of our highest praise for the hard work put in to bring our Rugby players to their best performance to date.

We wish for the Crocs and Lady Crocs many more successes as they play to make themselves, their families, their parent body and Jamaica even prouder.